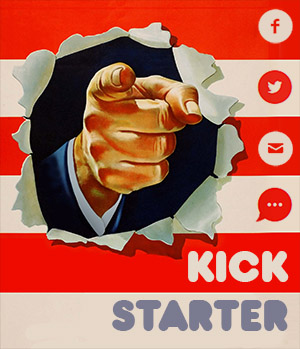 To stack or not to stack (soldiers)

Hopefully you have all had a great start in the new year. Life isn't always easy, on the contrary sometimes... But life is what you make of it! Life can be fantastic. You, and only you, are in control :)

Ok, thats more than enough philosophical crap for an early sunday morning. Today I would like to dicuss game design with you guys. Wikipedia: "Game design is the game development process of designing the content and rules of a game in the pre-production stage and design of gameplay, environment, storyline, and characters during production stage." In other words: shaping the game concept!

Florian and myself are both 'new' to properly developing a game. We are learning immense amounts. One of the most crucial elements of developing a game is game design; the game concept; the actual game. Makes sense I guess eh? :)

For this exact reason the team has welcomed two very ambitious game designers: Martin and Antoine. They have been introduced in previous blog posts and in particular Martin, who has been around since the beginning, has posted stuff before. Its very likely that from now on you will find them publishing more blog posts about certain game design subjects or mixing in certain discussions. We have noticed that its not as easy as one might think to explain ALL OF THE AWESOMENESS related to Call of Combat to people who haven't played it for such a long time as most of us have, but we're trying :) And steadily people like Martin and Antoine are getting a very tight grip on what makes this game so goddamn great.

Anywho, today we would really like to pick your brain about an extremely important feature: stacking. I realise this might cause a little confusion, cause with stacking I dont mean bashing noobs! I mean stacking soldiers. The ability to place two or more soldiers on the exact same location. So for example: 10 soldiers behind the same tree or window. If you give it some thought, you will find that this had quite an impact on the gameplay: strategically and more... Now, there have been quite a few people in the past year that have told us: you cannot do this nowadays. It will look awfully weird, and its simply not realistic.

My question to you is.. What do you think? As far as we can think of there are merely two possibilities (with lots of options for possibility number 2 though):

1. Old school. Eventhough it might look weird and unrealistic, its crucial for the CoC gameplay and should remain as is.

I expect, at least at first, that veteran players are probably leaning towards old school (as is kind of the case with the leash and button panel ;)). Hell, I went crazy when we discussed this for the first time. "You CANNOT remove stacking! CoC is not CoC without it! Not being able to stack your soldiers will change everything!". But I've thought about this a lot in the past months. And I've become much more open minded about it. Partly because, as most of us have experienced in CoCv1...., we simply need lots of, or least more than enough, players!! If the modern gamer conceives the game as weird-looking and unrealistic, we might have a problem.. Not being able to stack adds a whole new strategic & tactical dimension to the game. Positioning becomes even more important for example.

To stack or not to stack? A very important choice..
In our opinion, both options have their advantages and disadvantages. And, as with everything, it will need to be thoroughly tested.

Looking forward to your input!!

Many thanks and salute,